There is an important distinction between effectiveness and efficiency in managing.

Effectiveness is doing the right things
and
Efficiency is doing things right.

Posted from WordPress for Android 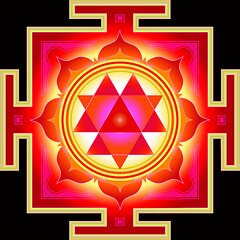 Moscow will resolve the matter “appropriately”.

Noting that the matter had been taken up at the “senior levels” of the Russian government,
External Affairs Minister S M Krishna told the Lok Sabha that
the complaint seemed to be the handiwork of
“some ignorant and misdirected or motivated
individuals”.
“While this complaint is patently absurd, we have
treated this matter seriously and the embassy of India (in Moscow) is closely monitoring this legal
case,”
he said, adding that the government fully
shared the sentiments expressed by the members
on the issue.
Emphasising that Gita was not simply a religious text, he said, “It is one of the defining treatises of
Indian thought and described the very soul of our
great civilisation.
The Gita is far above any cheap
propaganda or attacks by the ignorant or the
misdirected.” The remark was greeted with
thumping of desks by members.
After the statement of the Minister, Leader of Opposition
Sushma Swaraj demanded that Gita be declared a
‘national book’ so that “no country would dare to
insult it”.

((m.rediff.com/news/slide-show/slide-show-1-bhagavad-gita-controversy-krishna-to-the-rescue/20111220.htm))
************************************
Krishna said following the initial proceedings, the court appointed a three-member expert group
from University of Kemerovo in Siberia, which
submitted its report
.
The final hearing, which was due on Wednesday,
has been rescheduled for December 28 as the court
also sought the opinion of the Russian Ombudsman on Human Rights and Indologists in Moscow and St
Petersburg.

The minister said Russian ambassador in India
Alexander Kadakin, himself a well-known
Indologist, has been publicly critical of this episode.
He has said Gita is the “great source of wisdom for the people of India and the world.
He also said
Russia is a secular and democratic country where
all religions enjoy equal respect”.

5.The Bhagavad-gita is universally renowned
as the jewel of India’s spiritual wisdom.
Spoken by Lord Krishna, the Supreme
Personality of Godhead to His intimate
disciple Arjuna, the Gita’s seven hundred
concise verses provide a definitive guide to the science of self realization. No other
philosophical or religious work reveals, in
such a lucid and profound way, the nature of
consciousness, the self, the universe and the
Supreme. His Divine Grace A.C. Bhaktivedanta Swami
Prabhupada is uniquely qualified to present this
English translation and commentary on
Bhagavad-gita. He is the world’s foremost Vedic
scholar and teacher, and he is also the current
representative of an unbroken chain of fully self-realized spiritual masters begining with
Lord Krishna Himself. Thus, unlike other editions
of the Gita, this one is presented as it is–without
the slightest taint of adulteration or personal
motivation. This edition is certain to stimulate
and enlighten with its ancient yet thoroughly timely message.
(((www.asitis.com/))

6.
Aeons ago, when time and space were yet to be manifestly identified in the supreme consciousness, the cosmic laws were realised by the sages in their transcendental state. The tradition of cosmic knowledge in all its glory was summed up in the Upanishads also called the Vedanta. The quintessence of all the Upanishads was narrated by the supreme Lord himself, in the form of Sri Krishna to Arjuna symbolising the entire human race.
This narration, in the divine Sanskrit language has been recorded in its original glory in the great epic Mahabharat. This is “BHAGAVAD GITA”, the quintessence of cosmic law in the eternal words of the supreme Lord Sri Krishna
(((www.bhagavadgita.com/))

7.
Bhagavad Gita given to
prison inmates