If quantum computing is ever going to become the standard, we need to develop better ways to control qubits, or quantum bits. Usually, the spin of these itty-bitty quantum computer building blocks is controlled with magnetic fields. Understandably, it’s hard to get this action to take place on a chip such as one would find in a computer. Now, a team of scientists at the Kavli Institute of Nanoscience at Delft University of Technology and Eindhoven University of Technology have come up with a way to manipulate qubits with electrical fields for the first time ever.

Qubits, like standard computer bits, can be in either a “0″ or a “1″ state. In qubits, the state is determined by the direction of the electron’s spin: spinning in one direction indicates a “0″ state while spinning in the other direction denotes the “1″ state. Figuring out how to spin the electrons with electricity rather than static is an important step forward in the development of super-fast quantum computers. But the team’s incredible advances don’t stop there: they also figured out how to embed the spinning qubits into super-tiny semiconductor nanowires, another important development in the race to build the mind-blowingly fast computers of the future.

The bit that makes quantum mechanics useful in computers just happens to be what makes it so weird. It’s also why you can have it both ways, for a little while anyhow. It’s all to do with states of being. In quantum mechanics, particles (like electrons and photons) can exist in one state or another, or in two states at the same time. That means that different things about those particles can be true at once. For example, if you’re trying to work out the flight path of a photon or particular properties of an electron, you can’t – different answers are true at the same time. At least, that is, until you look at it. That’s because when you check to see what the final answer is, you force the particle to pick a definite state and all the other states vanish, never to come back.

Regular computers put things in states too. Everything you’ve got on a computer is made out of bits, which are just zeros and ones. Nothing else – each bit is one or the other. It’s called binary code. A computer combines bits of binary to store things in memory and moves them around to do calculations. This is where the researchers hope to bring the freaky particles of quantum mechanics into play. If a computer could work in a quantum way, then a bit could be a zero and a one at the same time!

NIST researchers cooled trapped ions to their lowest quantum energy state of motion and, in separate experiments, transported one and two ions across hundreds of microns in a multi-zone trap. Rapid acceleration excites the ions’ oscillatory motion, which is undesirable, but researchers controlled the deceleration well enough to return the ions to their original quantum state when they came to a stop. A research group from Mainz, Germany, reports similar results.

The secret to the speed and control is custom electronics. NIST researcher Ryan Bowler used fast FPGA (field programmable gate array) technology to program the voltage levels and durations applied to various electrodes in the ion trap. The smooth voltage supply can move the ions very fast while also keeping them from getting too excited.

With advances in precision control, researchers think ions could be transported even more quickly and yet still return to their original quantum states when they stop. Researchers must also continue to work on the many practical challenges, such as suppressing unwanted heating of the ion motion from noisy electric fields in the environment.

next goal is to combine pairs of quantum bits to create a two-qubit logic gate — the basic processing unit of a quantum computer.

<>
Quantum computing has made significant advances in recent years, but issues of cost and complexity have kept it mainly in the realm of research. A newly proposed system from a group of Air Force and Florida Atlantic University researchers isn’t likely to make quantum computing go mainstream, but it could bring the cost of building such systems down because it could use off-the-shelf components. The system would use photons in place of electrons, but photons don’t easily interact with each other and so don’t yield up useful information easily. The traditional fix is to use a tool called an inteferometer to manipulate the photons, but that solution is relatively expensive and the tools themselves are finicky — to say nothing of the fact that it requires “cascades” of them to build a quantum computer that utilizes photons.

The proposed solution is to simply transfer the work done by the inteferometer to a hologram permanently encoded on a pane of “OptiGrate” glass. It would solve the issue of having to calibrate inteferometers, but it would also remove that option entirely as the holograms would be unchangeable on the glass. In other words, the programming would have to be hard-coded. That doesn’t mean that a quantum computer built using this method couldn’t be useful for certain tasks like quantum error correction, but it does mean that it would be difficult to scale as the panes of glass would have to be rather large to carry out anything beyond “low-dimensional quantum computations” — though stacking the holographic plates could help.

<>
In life, most people try to avoid entanglement, be it with unsavory characters or alarmingly large balls of twine. In the quantum world, entanglement is a necessary step for the super-fast quantum computers of the future.
According to a study published by Nature today, physicists have successfully entangled 10 billion quantum bits, otherwise known qubits. But the most significant part of the research is where the entanglement happened–in silicon–because, given that most of modern-day computing is forged in the smithy of silicon technology, this means that researchers may have an easier time incorporating quantum computers into our current gadgets.
Quantum entanglement occurs when the quantum state of one particle is linked to the quantum state of another particle, so that you can’t measure one particle without also influencing the other. With this particular study, led by John Morton at the University of Oxford, UK, the researchers aligned the spins of electrons and phosphorus nuclei–that is, the particles were entangled.
“The key to generating entanglement was to first align all the spins by using high magnetic fields and low temperatures,” said Oxford’s Stephanie Simmons, who also worked on the team…. “Once this has been achieved, the spins can be made to interact with each other using carefully timed microwave and radiofrequency pulses in order to create the entanglement, and then prove that it has been made.” [Reuters]
If the current entanglement experiment were a cooking recipe, it would go something like this: First, embed a silicon crystal with 10 billion phosphorous atoms, cool it to close to absolute zero, and then apply a sequence of radio and microwave pulses. These pulses essentially toy with the spins of the phosphorus nuclei and their electrons until the spin of each nucleus matched the spin of one of its electrons. You end up with 10 billion entangled pairs that form a two-qubit system. It’s a major breakthrough, but the researchers aren’t stopping there:
“Creating 10 billion entangled pairs in silicon with high fidelity is an important step forward for us,” said John Morton of Britain’s Oxford University, who led the team…. We now need to deal with the challenge of coupling these pairs together to build a scalable quantum computer in silicon.” [Reuters]
Spinning particles are all well and nice, but what do they have to do with computing? How does a quantum computer actually compute? 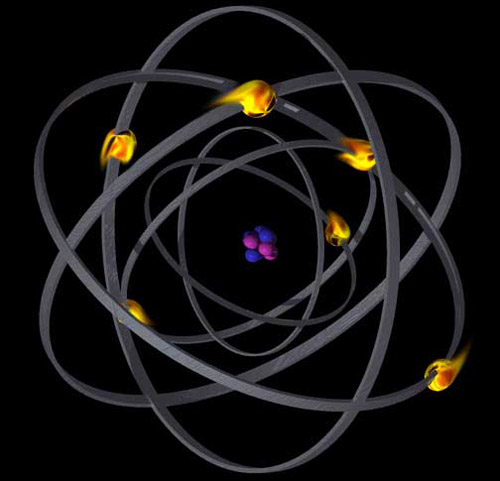 To turn this into a silicon quantum computer, the team must create a “huge 2D grid of entanglement”, in which nuclei are entangled with other phosphorus nuclei, as well as electrons, says Morton. To achieve this, electrons will be shuttled through the structure, stitching entangled states together like a thread, he says. By measuring the electron spins in a certain order, computations could be performed. [New Scientist]
Such a quantum computer would run silicon circles around conventional ones. Unlike the device sitting on your desk, quantum computers aren’t limited by the 0′s and 1′s of binary bits. In the weird world of quantum mechanics, particles can exist in more that one state at a time–they can be placed in a “superposition” of several possible states. That means that the qubits in a quantum computer could hold several different values simultaneously.
It has been shown theoretically that by running calculations in parallel, using many quantum states in superposition, a quantum computer could solve problems that would take a classical computer an infinite amount of time, for example, running Shor’s algorithm, which factors large numbers into primes and could be used, for example, to crack the most powerful encryption algorithms on the Internet. [Nature News]
In short, a quantum computer would generate a computing power the likes of which the world has never seen, capable of running–as well as cracking–evermore complex algorithms.
While impressed by the quantum leaps made by this research, scientists are already considering the next hurdles in the quantum computing story. 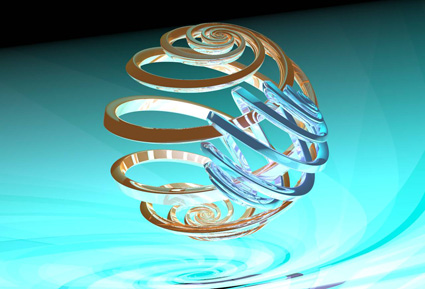 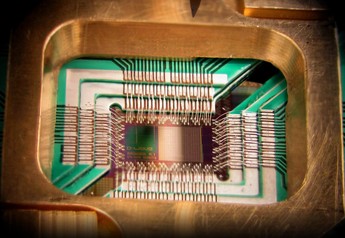 There would be nothing mysterious or impossible about it.

Ultimately it would be just a little machine, waiting to be analyzed and understood.
If that were the case, then we also should be able to discover the principles of this ‘computer’ and reverse-engineer it… so we can build gadgets and gizmos!

The earliest gadgets would obviously be much, much simpler than the DNA molecule… using only the most basic aspects of the ‘technology.’ Nonetheless they would work on similar principles.

HOW WOULD WE DO IT?

The DNA molecule is built up from single atoms that arrange into a double helix.

The ultimate “proof of concept” for our seemingly radical idea would be for scientists to design a computer circuit — out of nothing more than single atoms!

Now think of a catchy name for it. How about a “quantum computer?” 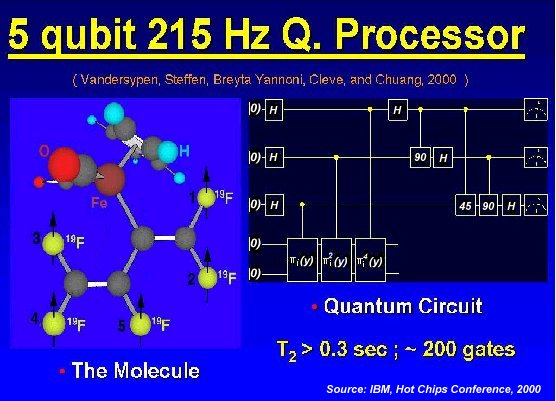