Thought has been proven to be a powerful yet non-physical energy, which can influence other souls and also matter.

On a limited scale, there are the experiments with ESP (extrasensory perception) and mental telepathy. On a more sensational level, some use the power of thought to such an extent that steel objects can be bent and heavy objects moved without any physical help. In the case of telepathy, communication over thousands of miles is possible in an instant when two souls are tuned to each other’s mental wavelength, as if thought-broadcasting and receiving is some sort of subtle (non-physical) radio system. 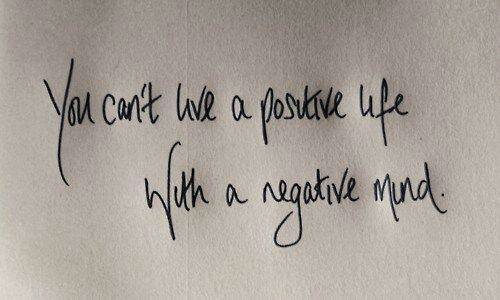 Evil powers also invoke the power of thought, although for impure or egoistic motives and gains.  Thought can be regarded as the energy or subtle force which links the soul to physical matter through the soul’s connection with the body. The human mechanism is far more complex than the most intricate and complex super computer, because it is intelligent and conscious. The most complex and powerful machinery invented by human intelligence is said to be the super computer. It is estimated that the complexities and technology involved in the so-called powerful supercomputer is less than one tenth of the complexity involved in the functioning of an insect like a mosquito or an ant! It is further estimated that it takes over two hundred thousand supercomputers to match the power and technology of the human brain. The average single brain cell dwarfs the capacity of the average personal computer. Think of the true potential of your brain. It is composed of millions of super-bio-computer chips that are super-bio-computers themselves.“The Brain is often compared with objects and performance figures in the real world to give us an idea of the complexity and power it has. One example is that if you compared all of the world’s telephone systems with the brain, by comparison they would only occupy space that was the size of a small pea! Another comparison is that the cray computer, one of the largest computers in the world, can make four hundred million calculations in a second. If it did that for one hundred years, it would equal to what the brain can do in a minute!” This is the potency every one of us command. You are, therefore, at the moment commanding an instrument that is probably over a million times more powerful than a super computer.

That is the power of our brain; power of our thoughts. So let us use it in the right direction & enjoy a Happy Life.Though all of us know the subject, this is being sent as a small reminder. It is applicable to all human beings, irrespective of religion, caste or creed. We sincerely wish all of us live the GOD gifted short life fully.

[Courtesy to >>– MFG  Matrimony – http://matrimony.mfgglobal.org/ (100% FREE, including personalised service) – kindly activate the profile uploaded yourself by clicking the system generated link received in your mail box.]