Jose Prakash, the Veteran actor who carved a niche for himself in the Malayalam film industry with his portrayal of negativeroles, passed away at a private hospital on Saturday. 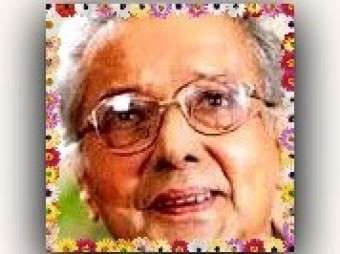 He was 87.
Prakash is survived by four sons and two daughters.

*_admitted to the hospital on March 18 following multiple disorders and the end came this afternoon, hospital sources said.
*_ last film was a brief appearance in ‘Traffic’ released few months ago and Sibi Malayil’s ‘Ente Veedu Appuvinteyum’.

+* debuted in cinema with ‘Bhaktha Kuchela’ and went on to essay mainly negative roles in nearly 300 films.

his presence was felt in character roles also.The actor’s death comes a day after the state government selected him for this year’s prestigious J C Daniel award for hiscontributions to the Malayalam film industry.

The funeral is expected to be held on
Monday. Being diabetic, Prakash’s right leg had to be amputated in 2003 after which he was notvery active in films.

The actor had served in the British Indian army for eight years before entering the film industry.

He started the Kottayam Arts club in which he was the lead singer. Late actor Thikurisy Sukumaran Nair, who happened to see his performance, invited him to sing for his debut directorial film ‘Shariyo Thetto’.

Prakash sang in at least 60 films and lent his voice to Malayalam film’s evergreen hero Prem Nazir too.
After his debut role in ‘Bhakta Kuchela’ in 1961, he got a big break in ‘Olavum Theravum’ eight years later which made him a much sought after villain in Malayalam films.
Among his well-known films in a career spanning over five decades
are:’Pathram’,’Akashadoothu’,
‘Devasuram’,’Koodevide’, ‘Eeeta’, ‘ Pancha Thanthram’, ‘CID Nazeer’ and ‘Ollavum Theeravum’.
Malayalam superstar Mammooty described Prakash as a “sophisticated” villain.

Veteran actor Janardhanan, who had acted along with Jose Prakash in many films, said he gave a new meaning to the negative
characters he portrayed on screen.

Actress Sheela, who had essayed various roles with Prakash, said though he actedmainly in negative roles, he was a good human being.
Politicians and film fraternity rushed to the hospital on hearing about the actor’s death.

His body will be kept at the town hall herefor public to pay their respects before the funeral at the St Mary’s Basilica on Monday.
,

india today
News in The Hindu the hindu
wikipedia