Bhoga, Moksha and Jivanmukti in Tantra

Bhoga, Moksha and Jivanmukti in Tantra

Mumtaz Ali, otherwise known as m, is a greatly respected Vedanta teacher and spiritual mentor to thousands across the world.spiritual instructor and founder of Satsang Foundation.

M’s spiritual journey is thrilling and began in the most mysterious way at age nine, when a strange being approached him in his home in Trivandrum, Kerala, and pronounced himself as his guru. Wearing a white loin cloth, the long-haired fair-skinned visitor told him that he would not meet him again for many years but that all means for his spiritual tuition would be provided. Sure enough, different people manifested at different stages in his life and led the boy, who by now had already attained the experience of inner bliss, onward. In his second year of college, he ran away to the Himalayas and in due course met his master, who he calls Babaji, once again. 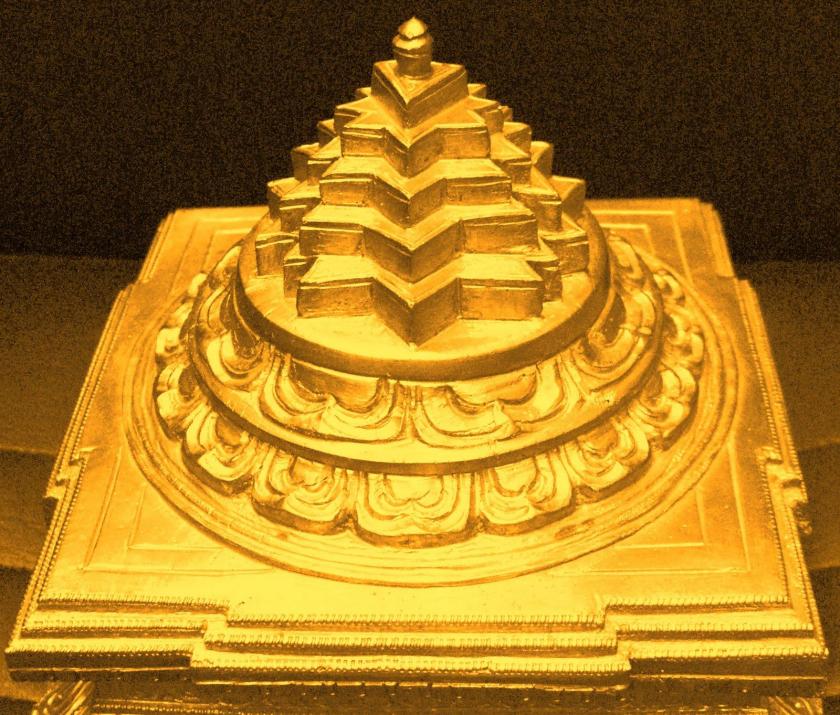 1. Nobody disagrees that the soul’s dross, which is covered with impurities, has to be purified.

2.You can have some other kind of ego but you cannot drop the ego because you cannot function without it. Anyone who is functioning has to have a semblance of an ego. You have to say that I am, otherwise how can you function?

3.I have never seen anyone whose ego has totally gone. Especially the sanyasis, who have a stronger ego than ordinary people like you and me. I love Kabir. He said, I looked for evil and I could not find it anywhere. I looked within my heart and could not find any good there. How many of our so-called enlightened people are prepared to say that?

4.From my point of view, I am very careful about calling myself enlightened. First, one must realize one’s own limitations. The first step to self-realisation is to understand one’s own self. Where I stand. How do I relate to the world, how do I act in different circumstances, what are my motivations, above all. Unless we figure that out, we cannot get out of this. The person is slightly enlightened when one has learnt to see oneself as one is – not as the Supreme Being, but as one is. Then as one moves forward, and sees oneself in all one’s dimensions, relationships, networking, patterns, then perhaps there is a chance that it will fall. But it does not mean that one becomes totally egoless. I think there are good egos and bad.

5. I can see traces of ego in myself. – Sometimes I feel proud to have founded an institution. Sometimes, that thought does pop up. And there are times when people tell you, you are great, wonderful. I think all one’s life one has to watch this ego. If one lets go of this watchfulness then it is possible that one can get caught. One can get established in watchfulness. That is very important. My master used to say, it does not matter what people think about you. Let them think anything. That is watchfulness. The Upanishads also declare, he who thinks he know, knows not.

6. Eventually, after many adventures I reached Badrinath. While exploring around, I reached a place called Vyasa guha. A strange force rooted me to the spot and refused to let me go further. Taking this as a sign I walked in and met the man who I had last seen at age nine! He looked so much like Mahatvar Babaji.

He had long hair. He wore a big rudraksh, and carried a small kamandulam. I called him Babaji. He claimed, and I have no reason to doubt this, to be a close disciple of Mahavtar Babaji. I spent three-and-a-half years with him. He had no ashram, no banner, no organisation. He had two or three disciples who would come and meet him off and on.

Whatever I possess of spirituality I acquired during that time. I may have added on a few things since but the basic thing I got there. He broke something inside. Life became completely different. It’s both joyful and a crown of thorns. Your enjoyment is not confined to your own geographical location. You are overpowered by others’ happiness too.

7. But it is the same thing with sorrow. You deeply experience the sorrows of others. However, one has learnt that sorrow is not something to run away from. So that becomes an enjoyment in itself. A sweet sorrow. But it can be overpowering when someone feels very badly hurt. Then you want to do something about it.

8.You try to do something. To somehow get the sorrow out of the person. After this experience, there were very few prejudices left. There may be some but few. Therefore one sees very clearly. You say only what you feel. You don’t want to pretend because you have nothing to hide. Also, meditation becomes effortless. I learnt the kriya yoga from my master and that is what I teach my students. I also teach the Sri Vidya upasana. I initiate a few, but there are no number games.

9. The mind is quiet and peaceful. It is not a passive peace because I am always on the move. I am unruffled in most situations. Consciousness is steady and quiet. On this path there is no end. What we are seeking is infinite. But there is no incompletion. One is forever expanding. You can’t say it is ended. Ended means decay. Everyday, one sees a new aspect.