Make a short list of your truest internal strengths, which you believe you have but do not use in your practical life.

Ask yourself whether any of these strengths can be used to remove unnecessary stresses, tensions or contradictions in your practical life? Now determine that you will bring these strengths into practice at your workplace and at home – where everyone will see the use you are making of them.

Believe in these ideas as symbols of your essential character, rather than thinking of them as separate from yourself. Using this hidden wealth of your strengths in your practical life will help you realise your complete potential and fulfill your goals in your personal as well as professional life.

Kindly realise the POWER WITHIN YOU. It will be unimaginable! 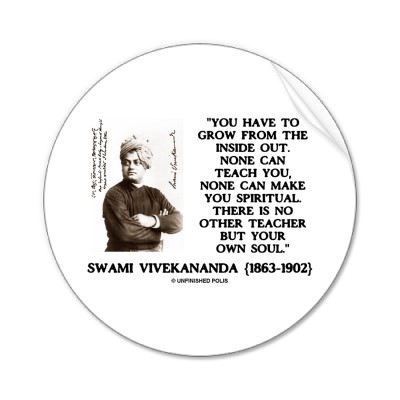 “Face the brutes.” That is a lesson for all life—face the terrible, face it boldly. Like the monkeys, the hardships of life fall back when we cease to flee before them.

1. Do important work vs. merely offering opinions.
2. Lift people up vs. tear others down.
3. Use the words of leadership vs. the language of victimhood.
4. Don’t worry about getting the credit for getting things done.
5. Become part of the solution rather than part of the problem.
6. Take your health to a level called superfit.
7. Commit to mastery of your craft instead of accepting mediocrity in your work.
8. Associate with people whose lives you want to be living.
9. Study for an hour a day. Double your learning and you’ll triple your success.
10. Run your own race. “No one can possibly achieve real and lasting success by being a conformist,” wrote billionaire J. Paul Getty
11. Do something small yet scary every single day.
12. Lead Without a Title.
13. Focus on people’s strengths vs. obsessing around their weaknesses.
14. Remember that potential unused turns into pain. So dedicate yourself to expressing your best.
15. Smile more.
16. Listen more.
17. Read the autobiography of Nelson Mandela.
18. Reflect on the words of Eleanor Roosevelt who said: “Great minds discuss ideas; Average minds discuss events; Small minds discuss people.”
19. Persist longer than the critics suggest you should.
20. Say “please” and “thank you”.
21. Love your loved ones.
22. Do work that matters. 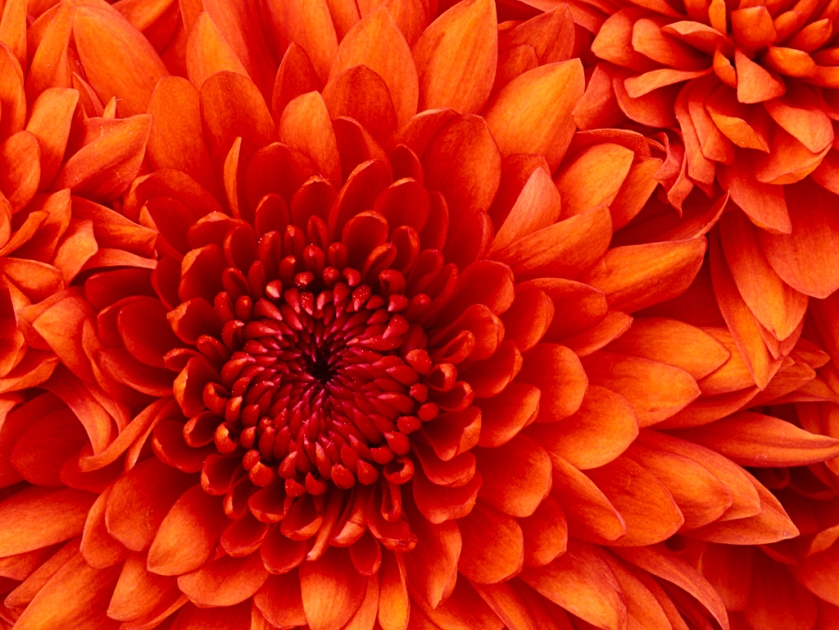 1992 0lymbics-a lame man- completing the race even after a serious muscluar injury.. 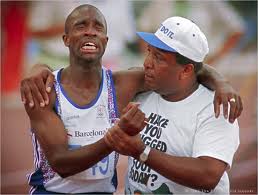 On January 10, 2012, his father Jim was announced that he will be one of the Olympic torch bearers in London during the summer games.

Such should be the Motivation and spirit in Life.

You should have dreams. But should be backed by effort too. We Malayalees lack this effort behind the dreams.

The class conducted by the Project Co-ordinator of “Yes India”, Mr.Munir Master hailing from Kozhikode, started his interersting class with a nice over view of the subject.

The Career Guidance Cell of the Vocational Department of The Kayyur Government School headed by Ms Priya Teacher would be glad to have a such a scintillating motivational guidance started by a brief description of what is meant actually by ‘Career’.

According to the Master, Career is a visionary journey defining the future and Life of the individual.

Career is a means and end by itself, which is rooted in the right  aptitude of each person.

Right aptitude is the Platforum where the vision fo career is grounded. It should be nurtured by an amiable and congenial environment. When the aptitude, Hard work and Ability of an individual meets correct opportunity, SUCCESS happens by its own.

Some times there may be right aptitude and and essential ability, devoid of congenial environmet, like a poor or indifferent family.

But here we should remember the sayings of great personalities like Abrahom Linkon, Edison and Hellen Kellor and get energy to face any ordeal in our Career.

Summing Up, the class was highly motivating and provided the students a new turn in their studies, at a time of impending examinations.

A vision is what you can see but not yet reach. The most powerful dimension of vision is not the long term dimension but actually the way you choose to see yourself in your work, circumstances, relationships, etc. Important changes start occurring by simply choosing to see things and people differently. That will have a huge influence on the decisions you make and the results. This is the power of vision.

Goals are aimed at achieving the vision. They should be achievable in a short span of time and represent what you can see and reach. Goals should be specific, measurable, actionable, relevant and time bound (SMART).

Clarification of goals then sets the agenda for the strategies (how) that are necessary to achieve those goals, to drive those goals forward. The strategies then need to be broken down into very specific action plans.

1. Throw out nonessential numbers. This includes age, weight and height. Let the doctors worry about them. That is why you pay ‘them’

2. Keep only cheerful friends. The grouches pull you down.

3. Keep learning. Learn more about the computer, crafts, gardening, whatever. Never let the brain idle. ‘An idle mind is the devil’s workshop.’ And the devil’s name is Alzheimer’s.

5. Laugh often, long and loud. Laugh until you gasp for breath.

6. The tears happen. Endure, grieve, and move on. The only person, who is with us our entire life, is ourselves. Be ALIVE while you are alive.

7. Surround yourself with what you love , whether it’s family, pets, keepsakes, music, plants, hobbies, whatever. Your home is your refuge.

9. Don’t take guilt trips. Take a trip to the mall, even to the next county; to a foreign country but NOT to where the guilt is.

10. Tell the people you love that you love them, at every opportunity.

AND ALWAYS REMEMBER :
Life is not measured by the number of breaths we take, but by the moments that take our breath away.

And if you don’t send this to at least 8 people – who cares?
But do share this with someone. We all need to live life to its fullest each day!!

Worry about nothing, pray about everything!!!

Time is valuable and we often take it for granted. We either have too much or too little. Time is something to be respected and used wisely


1. Think through the task you ar about to undertake before you even begin it.
2. Don’t take on too many tasks at the same time.
3. Finish one project before starting on a new one.
4. Always strive to finish everything you start.
5. Streamline your paperwork so that you don’t waste time on needless duplications.
6. Ask for help. Delegate tasks rather than doing everything yourself.
7. Set aside uninterrupted time to complete a project so that you can avoid distractions.
8. Pay attention to instructions and conversations so that you get the details right from the first time.
9. Before you run an errand, make sure the items you are going for are ready.
10. Schedule your appointments during the morning hours so that you become more organized.
11. Maintain a clutter free home and workspace so that you don’t waste time looking for misplaced items.
12. Pick out your outfit for the next morning and have everything ready so that you don’t waste your time in the morning.
12.260838 75.147858


We all know the story of the greedy king named Midas. He had a lot of gold and the more he had the more he wanted. He stored all the gold in his vaults and used to spend time every day counting it.

One day while he was counting a stranger came from nowhere and said he would grant him a wish. The king was delighted and said, “I would like everything I touch to turn to gold.” The stranger asked the king, Are you sure?” The king replied, “Yes.” So the stranger said, “Starting tomorrow morning with the sun rays you will get the golden touch.” The king thought he must be dreaming, this couldn’t be true. But the next day when he woke up, he touched the bed, his clothes, and everything turned to gold. He looked out of the window and saw his daughter playing in the garden. He decided to give her a surprise and thought she would be happy. But before he went to the garden he decided to read a book. The moment he touched it, it turned into gold and he couldn’t read it. Then he sat to have breakfast and the moment he touched the fruit and the glass of water, they turned to gold. He was getting hungry and he said to himself, “I can’t eat and drink gold.” Just about that time his daughter came running and he hugged her and she turned into a gold statue. There were no more smiles left.

The king bowed his head and started crying. The stranger who gave the wish came again and asked the king if he was happy with his golden touch. The king said he was the most miserable man. The stranger asked, “What would you rather have, your food and loving daughter or lumps of gold and her golden statue?” The king cried and asked for forgiveness. He said, “I will give up all my gold. Please give me my daughter back because without her I have lost everything wo rth having.” The stranger said to the king, “You have become wiser than before” and he reversed the spell. He got his daughter back in his arms and the king learned a lesson that he never forget for the rest of his life.


What is the moral of the story?

3. Unlike the game of soccer where players can be substituted, the game of life allows no substitutions or replays. We may not get a second chance to reverse our tragedies, as the king did.