The Shiva Sutras are the cornerstone of Kashmir Shaivism, and contain the firm and powerful ancient roots of some of today’s “new age” concepts of universal creation, power of the mind, and a great and wonderous vision of a wide array of powerful and enlightening teachings. This text is one of the greatest gems of humanity to have survived the waves of time.

Yonivargah Kalasariram
3. Differentiated perception and the field of individual activities are also bondage.

Jnanadhisthanam matrka
4. This threefold bondage is attributable to and commanded by the Universal Mother while she
remains unknown. Hence the field of ignorance comes into existence through her and not through any other agency.

Udyamao Bhairava
5. To get rid of this triple bondage, a sudden flash of transcendental consciousness is identical with Bhairava.

Sakticakrasandhane visvasambarah
6. With deep contemplation on the wheel of energies, the whole differentiated Universe comes to an end.

Svapna Vikalpah
9. Individual differentiated knowledge in the recess of one’s own mind is Svapna (dream).

Tritayabhokta viresah
11. The one who has digested (assimilated) all these three states in God Consciousness, (Turya) is the Lord of heroes or master of his senses.

Vismayo yogabhumikah
12. The Yogic powers here (in this state of being) comprise indescribable astonishment (wonder).

Iccha saktir uma kamari
13. For such a Yogi, any desire is identical with the Supreme Energy of Lord Shiva and hence his desire cannot be checked by any power.

Suddhatattvasandhanad va apasusaktih
16. Or by establishing uninterrupted awareness of Pure Supreme Nature, the energy of Shiva is experienced.

Vitarka atmajnanam
17. For such a realized soul, any ordinary thought becomes the means of realizing one’s own self.

Saktisandhane sarirotpattih
l9. By putting (concentrating) one’s mind on Universal Energy, body internal or external, is formed by his mere will. (Such power is attainable by him in two other states also viz. dream and
deep sleep).

Bhutasandhanabhutaprthaktvavisvasamghattah
20. Such a Yogi is capable of (i) helping humanity unbounded by space and time (ii) casting off his body for specified timeperiods,
and (iii) manifesting his body at various places simultaneously, by remaining in God consciousness.

Suddhavidyodayaccakresatvasiddhih
21. When such a yogi abstains from such powers, he attains lordship over the wheel of Universal Energies through the rise of Pure knowledge.

Mahahradanusandhanan mantraviryanubhavah
22. By contemplating on Supreme Ocean, Self experience of the Universal occurs. 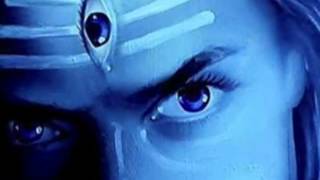 Prayatnah Sadhakah
2. The cause of attaining this Mantra is one’s own effort.

Vidyasarirasatta mantrarahasyam
3. The state of totality of knowledge is the secret of Mantra

Garbhe cittavikaso visistavidyasvapnah
4. When a yogi’s mind remains satisfied in cosmic powers, his Samadhi is as good as ordinary dreaming state.

Vidyasamutthane svabhavike khecari sivavastha
5. At the rise of natural (pure) Supreme Knowledge, the State of Shiva, residing in the Eather of God Consciousness, is attained.

Gururupayah
6. For such attainment, the means is the Master, the Guru.

Matrkacakrasambodhah
7. When the master is pleased, the disciple attains the knowledge of the wheel of Universal Mother.

Sariram havih
8. For such attainment a yogi has to offer all his three bodies of wakefulness, dreaming and dreamlessness as oblations into the fire of Universal GodConsciousness.

Vidyasamhare tadutthasvapna-darsanam
10. By out stepping his own nature of true knowledge, at the time of entering into God Consciousness, i.e. Turya, he ill-fatally enters into dreaming state.

Jnanambandhah
2. Differentiated knowledge of pain and pleasure is bondage.

Sarire samharah kalanam
5. So one has to absorb the individuality of principles (Tattvas) in one’s own body successively, i.e., absorb the five elements into five tanmatras, those in turn into the five organs and finally integrate them in the Supreme God Consciousness.

Nadisamharabhutagayabhutakaivalya bhutaprthaktvani
5. A yogi must develop the power of absorbing prana and apana into Susumna-the middle path of Lordship over five elements, of isolating one’s own self from the five elements and residing in the field beyond the five elements.

Mohavarnat Siddhih
6. Such powers appear only when the veil of ignorance falls in the way of entering into Pure God Consciousness.

Mohajayad anantabhogat sahajavidyajayah
7. By obtaining victory over such an illusion of cosmic powers and by enjoying the state of limitless being, the Pure and Supreme Knowledge manifests.

Jagratdvittyakarah
8. For him the state of wakefulness (Jagrat) is secondary (beam) of God-Consciousness.

Nartaka atma
9. For him, the actor, who plays in the drama of Universe, is his own self.

Rangontaratma
10. Movement attributed in this totality of Cosmic Dance, is nothing other than the Supreme Being.

Preksakani indriyani
11. The spectators in this Cosmic Dance, are one’s own cognitive and active organs.

Dhivasat Sattvasiddhih
12. Purity and completion of this dance is accomplished by establishing the Supreme Subtle Awareness of intelligence.

Siddhah Svatantrabhavah
13. For him the state of utter freedom exists spontaneously.

Yatha tatra tatha anyatra
14. This kind of freedom obtains for him within and without.

Bijavadhanam
15. Even after such achievement one has to remain aware in contemplating on the seed of Universal Being.

Svamatranirmanam apadayati
17. Such a yogi can create or destroy anything by his Supreme Will.

Vidyaavinase janmavinasah
18. When the Supreme Knowledge is well established in an uninterrupted way, the pangs of recurring births and deaths are avoided for good.

Kavargadisu mahesvaryadyah pasumatarah
19. When the awareness of God Consciousness slackens a bit, the Universal Energy disintegrates into innumerable individual Energies to carry one away from the Kingdom of Universality.

Trisu caturtham tailavadasecyam
20. So the fourth state of Universal Being, i.e., Turya, must be made to permeate the three other states viz. wakefulness, dreaming and dreamlessness.

Magnah svacittena praviset
21. By developing the awareness of one’s own nature, he enters and is lost into the Universal God Consciousness.

Pranasamacare Samadarsanam
22. After being well established in that state he breathes out that state into the Universal activities. Hence the differentiation between the self and the Universe is not recognized.

Madhyevaraprasavah
23. If one proves a failure in infusing the state of self in the Universe, he illfatally remains satisfied in his own internal nature.

Matrasvapratyayasandhane nastasyapunarutthanam
24. When a yogi, after developing awareness of GodConsciousness,
Transcend the state of Turya, he enters into Transcendental God-Consciousness.

Sivatulyo jayate
25. Such a yogi becomes one with Shiva.

Sariravrttir vratam
26. For him the austerity is nothing else than the normal routine of physical life.

Katha japah
27. And for such a yogi the daily routine talk becomes the recitation of real Mantra.

Danam atmajuanam
28. Such a yogi gives as alms to humanity his own knowledge of the self.

Yovipastho Jnahetusea
29. The yogi, who commands the entire wheel of cognitive and active organs, is the only means of attaining knowledge of Transcendental God-Conscieness.

Svasakti-pracayosya visvam
30. For him the whole Universe is the totality of his own energies.

Sthti layou
31. Living in this world of ignorance or remaining in the Transcendental God-Consciousness is the totality of one’s own energies of Consciousness.

Tatpravrttau api anirasah samvetr-bhavat
32. Such a yogi, though apparently engrossed in the daily routine of life, is in no way separated from God-Consciousness.

Sukha-duhkhayor bahirmananam
33. Because such a yogi perceives the states of pain and pleasure only superficially, they, in no case, affect his state of Supreme-Being Consciousness.

Tadvimuktastu kevali
34. Hence he is liberated from the states of pain and pleasure and is uniquely established in his own nature.

Mohapratisamhatas tu karmatma
35. On the contrary, the one who feels the absence of God-Consciousness in the states of pain and pleasure, is an individual soul and a victim of recurring births and deaths.

Bheda-tiraskare Sargantara-karmatvam
36. The one who stands, aloof from differentiatedness becomes the creator and destroyer of the entire Universe.

Karanasaktih Svatanubhavat
37. The energy of creating and destroying the whole Universe comes within the experience of such a yogi just as an ordinary soul possesses the power to create and destroy during his dreaming state.

Tripadady anuprananam
38. The state of Turya God-Consciousness, that comes into experience in the beginning and at the end of the other three states (viz. Jagrat, Svapana and Susupti), should be infused and
transmitted into these three states by firmly establishing one’s own awareness during these intervals viz. beginning and end thereof.

Cittasthitivat Sarira-karana-bahyesu
39. And by developing such process, a yogi must transmit the God Consciousness not only into the three states of individuality but into the entire Universe.

Abhilasat bahirgatih samvahyasya
40. By the slight appearance of individual desire, one is carried far away from the state of God-Consciousness.

Tadarudhapramites tatksayaj ]iivasam Ksayah
41. By firmly establishing one’s own self in the state of Turya, all desires disappear and individuality lost into Universality.

Bhuta-kancuki tada vimukto bhuyah patisamah parah
42. Such a yogi is Liberated-in-Life and as his body still exists, he is called Bhuta-Kancuki, i.e. having his physical body as a mere covering just like an ordinary blanket. Hence he is supreme and one with the Universal Self.

Naisargikah pranasambandhah
43. After remaining in this state of Universal Transcendental God Consciousness, the functions of inhalation and exhalation automatically take place with the object, that this whole Universe of
action and cognition is united in God-Consciousness.

Nasika-antarmadhya samyamat kimatra savyapasavya sausumnesu
44. When one contemplates on the center of Universal consciousness, what else remains there to be sought in the practice of prana, apana and susumna ?

Bhuyah Syat pratimilanam
45. When a Saiva-yogi is completely established in God-Consciousness, he experiences this state
spontaneously within and without or both. 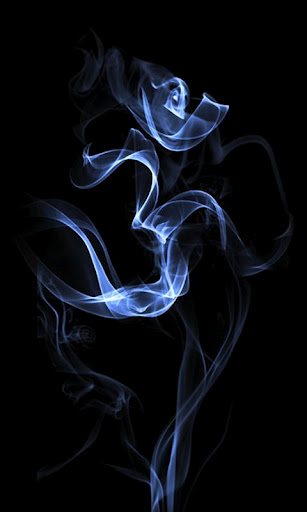