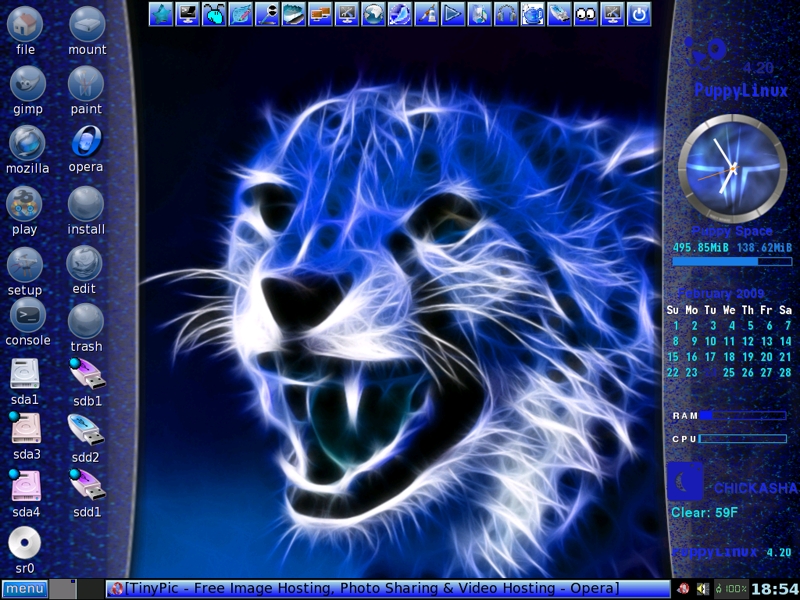 April 5, 2012 – Update 5 is here, with OpenOffice (lupulibre) version added in the download folder. Lucid Puppy version uses kernel 2.6.33.2 and allows the user to install his/her favorite browser (user installs it from the Internet at first boot).

March 5, 2013 – The developers group led by 01micko has released the latest build of Slacko Puppy, version 5.5:

Open ibiblio.org folder of Slacko 5.5 and choose your preferred ISO*.

Open nluug.nl folder of Slacko 5.5 and choose your preferred ISO*.

Other download sites are at aarnet, internode, UOC, and VCU.

Slacko Puppy is built from a “Puppy builder” system named Woof (http://bkhome.org/woof), which can build a Puppy Linux distribution from the binary packages of any other distro. There are many “puppies” built with Woof, including Lucid, Wary, Racy, FatDog, and Slacko.
Each “Puppy distro” built by Woof is a distinctive distribution in its own right, with unique features. You choose a puppy based on your particular needs, be it specific hardware, software, or access to and compatibility with the package repositories of a particular major distro.

Slacko Puppy is built from Slackware-14.0 binary TXZ packages, hence has binary compatibility with Slackware and access to the Slackware, Salix and Slacky package repositories. There are comprehensive release notes available.

This is the an Improved version of the successful Slacko 5.4 and all packages are fully compatible

Slacko 5.5 has many improvements due to the heavy development of the woof build system and the many bugfixes to the Slacko base packages (independant from woof). Through the dedication of many testers and developers we were able to produce what is a great working dog Puppy that can rejuvenate your hardware and show it’s potential.
For more information on the improvements in Woof (build system) read the above Woof Release notes.
Release Notes

Choices
Slacko 5.5 is available with a choice of kernels, 3.2.33 compiled for processors that do not support PAE and 3.4.17 for processors that do. The included browser is the latest Firefox, changed from Opera due to the lack of Opera development which is in a transitionsl phase. Of course all major browsers are available from the Puppy Package Manager.
**********************************
Lots of puppies…
Spup (Slacko)
“Spup” is our generic name for puppies built with Slackware binary packages. The main reason behind Spup is binary compatibility with Slackware packages, and the Puppy Package Manager can install from any of the Slackware repositories. The foremost Spup right now is “Slacko”, and is currently one of our official flagship puppies.
Upup (Precise)
“Upup” is our generic name for puppies built with Ubuntu packages. Our latest is Precise Puppy, built from Ubuntu Precise Pangolin binary packages. What you get is a very small distro (the live-CD is about 150MB) yet with just about every application you would need and the speed and ease-of-use that Puppy is famous for. All of the advantages of Puppy, plus binary compatibility with Ubuntu .deb packages — Puppy’s own Puppy Package Manager will install any packages from the vast Ubuntu repositories!

More about the Puppy project

Linux is a free operating system, and Puppy Linux is a special build of Linux meant to make computing easy and fast.

Puppy Linux enables you to save money while doing more work, even allowing you to do magic by recovering data from destroyed PCs or by removing malware from Windows. See these example articles: recovering files from Windows and safe Internet banking with Puppy Linux.

With Puppy Linux, you can carry your programs and data anywhere.

Easy – Just use a CD or USB flash to boot a PC. Puppy Linux is downloadable as ISO, an image that can be burned to CD or DVD.
Fast – Because Puppy is small, it can live in your PC’s memory and be ready to quickly execute your commands, whereas in other systems, programs are first read from drive storage before being executed.
Save Money – Even if your PC has no hard disk (ex, broken hard disk), you can still boot Puppy via CD or USB and continue working. Old PCs that no longer work with new systems will still work good-as-new with Puppy.
Do More – Puppy boots in less than a minute, even in old PCs, and it does not require antivirus software. Administering Puppy is quick and minimal. With Puppy, you just have to take care of your data, which you can easily save to USB flash (Then forget about your operating system!). Your data can be read by other computers.
Do Magic -Help your friends suffering from computer malware by booting Puppy and removing malware from their PC (use antivirus that is built-in or can be installed in Puppy). Example – bad Autorun.inf is easily removed by Puppy (Just delete it as well as its companion exe program). If your friend thinks that she has lost data from her corrupted hard disk, boot Puppy and try saving her data!
Carry Anywhere (Portable) – Because Puppy is able to live in CD/DVD or USB flash, as well as save data to these same devices, you can carry your programs and data with you.

Are you now ready for Puppy? Keep these important reminders before using Puppy:

You don’t have to install Puppy (to hard disk) to use it. Simply burn the ISO to CD/DVD and boot the PC or laptop with it. Once booted, you can then install it to USB flash (see the Setup menu), so you can use it for booting the PC when a CD is not available.
You don’t have to save data to hard drive to work with Puppy. You can save data to USB flash or even to Internet storage (like http://www.drop.io ). When installed to USB flash, Puppy consumes only a little over 100 MB, or about 256 MB with OpenOffice. You can use the same USB flash (where Puppy is installed) for saving data.

Small size, ~100MB! This lends itself to some very useful and unique features.
‘Live’ booting from CDs, DVDs, USB flash drives, and other portable media.
Runs from RAM, making it unusually fast even in old PCs and in netbooks with solid state storage media.
Very low minimum system requirements.
Boot time is well under a minute, 30-40 seconds in most systems.
Includes a wide range of applications: wordprocessors, spreadsheets, internet browsers, games, image editors and many utilities. Extra software in the form of dotpets. There is a GUI Puppy Software Installer included.
Puppy is easy to use and little technical knowledge is assumed. Most hardware is automatically detected.

What are Puppy’s Goals?

The Puppy Linux goals (adapted from Barry Kauler) are: 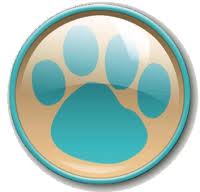 How is Puppy organized?

The community is marked by openness and flexibility, and gets organized around goals. Barry Kauler is traditionally the chief developer who leads the development of official releases, the latest being version 4.3.1. Community Editions (official CE versions) are created by teams, the latest being version 5.1.1, and before this, version 4.2.1. Projects are run by individuals or groups and posted/discussed in the Forum.

We all do. Puppy is covered by the GPL/LGPL license.
Who is the creator and how does he control the project?

Puppy Linux was first released in June 2003 by Barry Kauler. The community that later developed is completely open, without any formal agenda or structure. It often takes newcomers a while to realize that, other than being friendly, there aren’t really any rules to Puppy. If you want to do something, make a new Puplet, offer your skills or take things in a new direction, just do so and be surprised that support will be around. However, questions will be asked so be ready to defend your ideas. Refer to what Barry Kauler has written about how the project is run.
Where does the name come from?
Puppy as immortalized in Barry Kauler’s avatar

“The real Puppy, the mascot for Puppy Linux, was a very tiny dog, a Chihuahua, but totally fearless. He didn’t seem to know that he was vulnerable because of his small size. Once when my sister was visiting my country property, she brought her Blue Heeler, a very solid middle-sized dog named Muti. We were out walking, and suddenly there was a substantial rustling of branches of a large bush, something was in or behind the bush. Muti took fright and ran back behind the legs of my sister, whereas Puppy got into launch position in front of the bush and barked furiously. It turned out to be my dad playing a trick on the dogs. Puppy used to chase kangaroos and other big wild animals. Anyway, Puppy Linux is like that, reckless, unshackled, in memory of the mascot.” – Barry Kauler
*****************************************